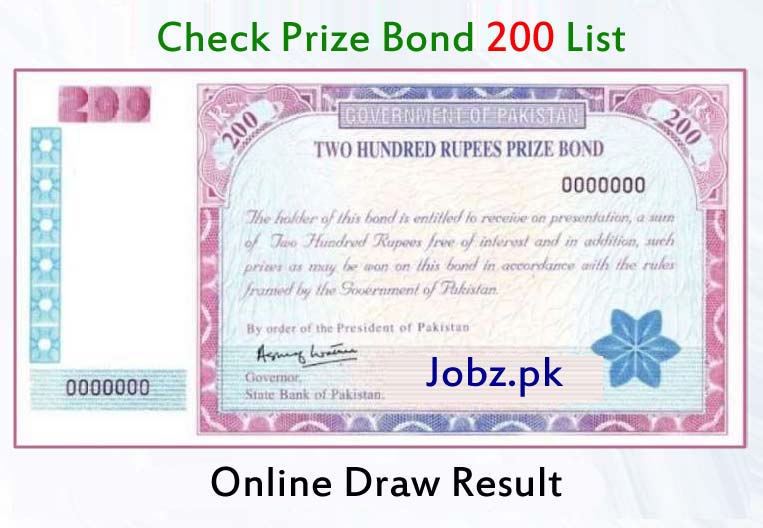 Prize Bond 200 – When Pakistan came into being in 1947, the State Bank of Pakistan introduced different economic policies in order to make the financial position of the country strong. At that time the Ministry of Finance has announced to start the prize bond scheme in different denominations so give the chance to people to invest their hard earned money in such a scheme, which can be government supported and it could assure the security of their funded amount and ensured the receipt of the prizes over their prizes bonds. This prize bond scheme was launched in 1960 and people started the investment of their amount in these profitable schemes, where their amounts are not only saved but they can have the opportunity to win the prize, whenever the draws are announced.