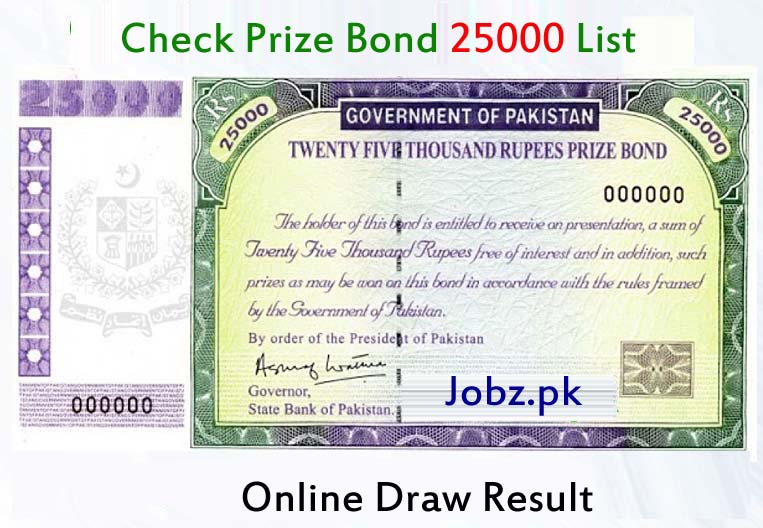 Prize bond 25000 draw result 2022 is announced and it is made available online for the viewers. They can visit the official website of SBP to download it from there and they can check the numbers of the announced prize bonds, against which the prizes are announced. The winners can collect their prizes from any branch of SBP and the time to collect the prize is 6 year and you can contact with the State Bank at any time to collect your reward of the prize bond draw within this period. There are total 1700 winners are announced in the prize bond 25000 draw 2022, in which there is only one number is announced for the first position, who will win Rs.50,000,000 and there are three winners on the second and they will the reward of Rs.15,000,000/- each. There are total 1696 winners, who will win the prize at the third position and each winner will get the prize money of Rs.312,000/- against the prize bond 25000 draw result 2022.