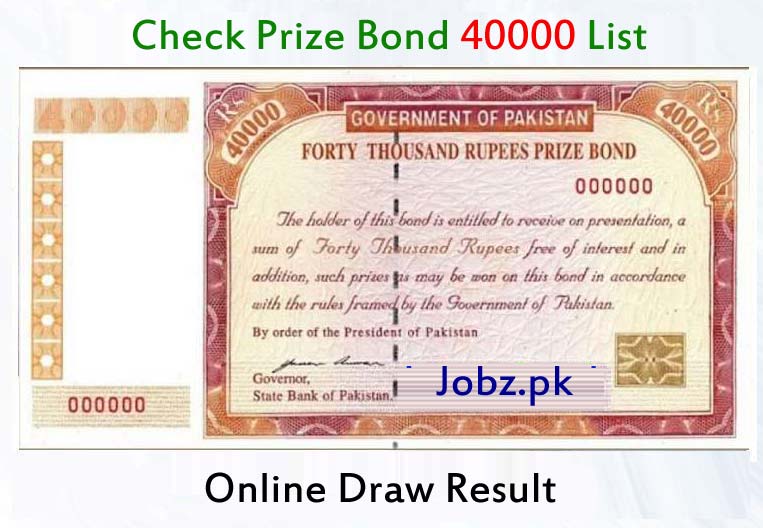 The people, who want to save their money in any useful scheme and want to become richer than before, they need to check Prize bond 40,000, which is the highest prize bond scheme in Pakistan. The Ministry of Finance, Government of Pakistan has introduced this prize bond 40,000 scheme 2022 through the State Bank of Pakistan for the people of Pakistan so that they can invest their amount in this safest and secure scheme without any fear of fraud or scam. If they have sufficient amount, they can contact the Central Directorate of National Savings or any branch of SBP or the commercial banks and they can purchase the prize bond 40,000 by paying the same amount of rupees. They can also get the information about the features and important aspects of this prize bond scheme online and they will also note the rules and regulations, which are maintained to carry on this prize bond scheme 2022 in the country. The prize bond 40,000 draws 2022 are announced four times in a year, after every three months in the selected cities and the prize bonds owners are informed through the newspapers or online so that they can check the numbers of their prize bond easily.