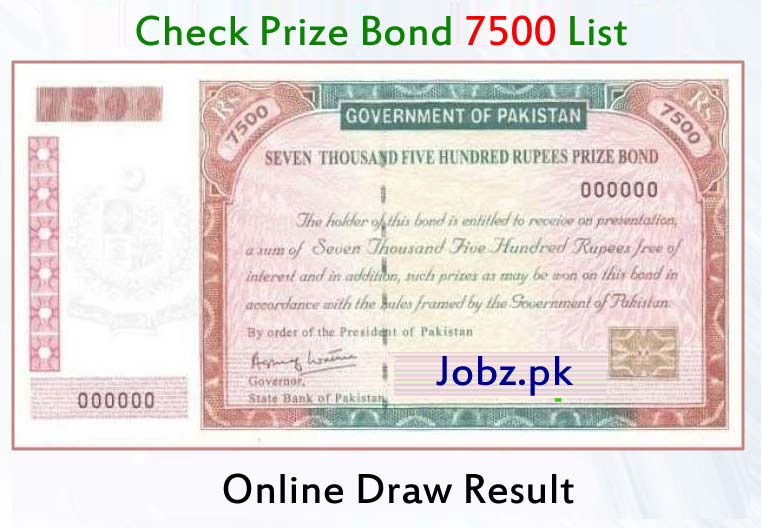 The Government of Pakistan, Ministry of Finance has launched the prize bond scheme in various denominations in Pakistan in 1960. The State Bank of Pakistan is the guarantor of this prize bond scheme, which offers the opportunity to people to invest their amount and they keep their amount safe and secure and they also have the chance to win the prizes over the prize bonds. The people can buy the prize bonds by paying the amount and they save their amounts by investing in this scheme and the government utilizes this amount in different schemes. The prize bond 750 is launched in Pakistan for the people and you can buy the prize bonds 7500 from the Central Directorate of National Savings, which is part of SBP or from the commercial bank branches. The SBP assigns the task of printing of these prize bonds to Pakistan Security Printing Corporation and it is also added with the seals in multi colors to show its originality.