Federal Investigation Agency is going to recruit the reasonable and most suitable candidates on different posts in this organization. FIA managed the FIA jobs physical test 2021 across the country and the FIA jobs physical test result 2021 has been announced. Now FIA managed their FIA jobs written test 2021, which was started from 13 December 2021 on the posts of LDC/UDC, Constable, ASI, Sub Inspectors and other posts under the supervision of FIA. The candidates can get fresh information of their FIA Jobs Written Exams Result 2022 Obtained Marks Merit List.

FIA is going to induct new candidates on 1143 job vacancies during FIA Jobs Advertisement June 2021. FIA managed their FIA Physical Running Test 2021 during August and September and the FIA Physical running test 2021 result was announced on 03-12-2021. The process of FIA jobs written tests 2021 was conducted from 13-12-2021 and the written test result will be declared during the months of January and February 2022. The candidates will be called for FIA Jobs interview 2021 after the announcement of the result so that the qualified candidates can be appointed on the vacant posts.

All of the candidates, who appeared in FIA jobs written test 2021 for the posts like constable, ASI, LDC, UDC, Sub Inspector, and many other posts, they can check their result from FIA official website and also from this page.

FIA result written test 2021 for all posts will be uploaded here and it is expected that result will be provided in the expected months of January or February. The candidates can upload their result here.

It is expected that FIA interview 2022 all jobs will be managed during the months of February or March 2021. FIA announced the posts of Sub Inspector, ASI, LDC, UDC, Assistants, Constables and Steno typists in 2022. After written, MCQs test of two or three months written result was announced, FIA officials are going to announce the interview schedule. 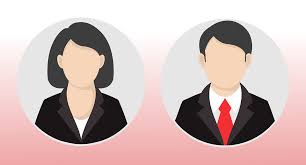